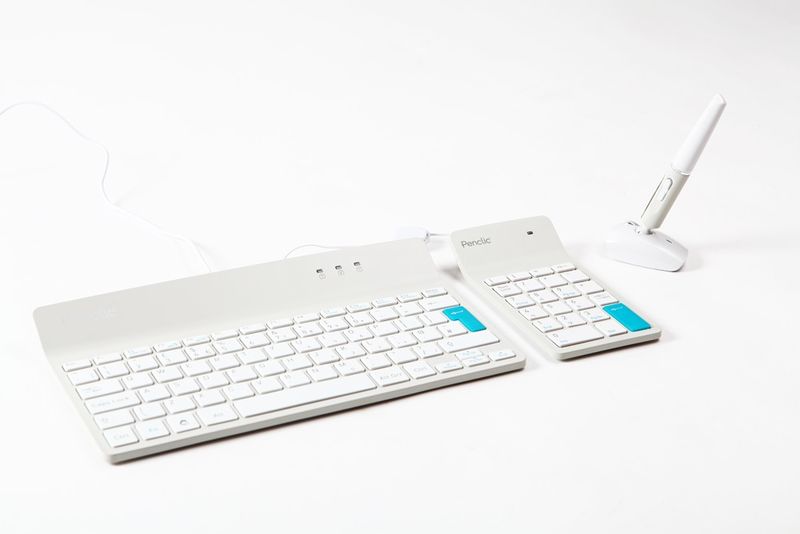 Penclic Creates a Bluetooth Alternative to Its Original Design

Meghan Young — March 6, 2015 — Tech
References: penclic.se
Share on Facebook Share on Twitter Share on LinkedIn Share on Pinterest
Penclic is a pen mouse providing an ergonomic alternative to more traditional computer peripherals. An updated version of the original model, it is now embedded with Bluetooth capabilities to appeal to a wireless generation. Although there will be a bit of a learning curve using the pen mouse, the benefits will be immediately felt.

As people become more concerned with their health at work -- stand desks and all -- it's apparent that designs such as the Penclic pen mouse are increasingly favored. A hybrid between a pen and a traditional mouse, Penclic moves people's wrist and hand into a more comfortable position, which should minimize the risk of carpal tunnel syndrome.

Hybrid Computer Peripherals
The 'King's Assembly' is a Mouse, Keyboard and Joystick All in One