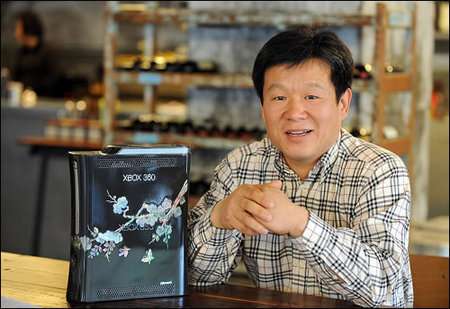 Ayman — May 19, 2008 — Tech
References: fareastgizmos
Share on Facebook Share on Twitter Share on LinkedIn Share on Pinterest
While we have seen numerous blinged out gadgets and phones, it is rare to see what gizmos presidents play with. Earlier this month, Bill Gates gifted South Korea president Lee Myung-bak with "Peace", a special Microsoft Xbox video game console blinged out with traditional Korean mother-of-pearl.

The piece is one of three similar Xboxes that are created by Korean artist Kim Young-jun: one for President Lee, one for Gates and another as a "just-in-case" spare, which he is holding onto himself.

According to Far East Gizmos, "Kim decorated the console with mother-of-pearl ume flowers and butterflies symbolizing patience and perseverance and treated the surface with a special substance. He entitled the final product "Peace"."
4.2
Score
Popularity
Activity
Freshness
Attend Future Festival