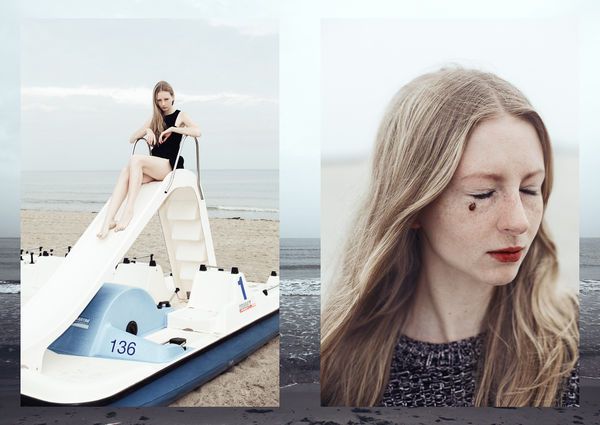 Sarah Dos Santos — November 22, 2013 — Fashion
References: paulaidanperry.virb & c-heads
Share on Facebook Share on Twitter Share on LinkedIn Share on Pinterest
Photographer Paul Aidan Perry captured a beautiful seaside shoot called 'The Seaside,' which is based on a true story. He named the series after being inspired by the sea and the model, who is a fashion designer, model, his muse and his girlfriend.

This heartfelt shoot shows his admiration for Anna as he captures her playing in the field and walking on the shore. His purpose for the shoot was to travel to the sea and only pack what could fit in his backpack, then focus on the important elements around him, sinking into it.

With his girlfriend as his muse, Paul Aidan Perry captured a beautifully soft, yet chilly shoot, almost making the air around her tinge with the bluish-gray sea breeze. Some of the images show the model's playful personality and lively spirit -- she really seems to feel comfortable under his camera lens.
1.2
Score
Popularity
Activity
Freshness
Get Trend Hunter Dashboard