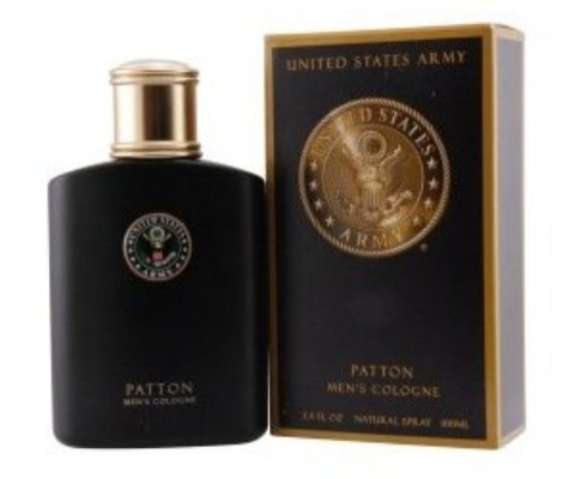 Pattons Mens Cologne Will Have You Smelling like a WWII Legend

Michael Hines — August 9, 2011 — Fashion
References: militarytimes & neatorama
Share on Facebook Share on Twitter Share on LinkedIn Share on Pinterest
The true scent of a man has finally been captured in the form of the new Patton Mens Cologne. Patton Mens Cologne was created by the U.S. Army and inspired by the most famous general of WWII, George S. Patton.

Patton's exploits throughout North Africa and Europe are the stuff of military legend. That smell of that legend has finally been captured thanks to scent maker Parfumologie. Patton is made up of lavender, citrus, coconut, cedar, sage, tonka bean, bergamot and lime and is said to "elicit feelings of majestic woodlands and endless horizons." The new scent is part of a new line of military-themed scents which also include Devil Dog (Marines) and Stealth (Air Force). The scent may sound silly, but a portion of its proceeds go towards the VA and the armed forces so it may be worth a try.
1.6
Score
Popularity
Activity
Freshness
View Innovation Webinars