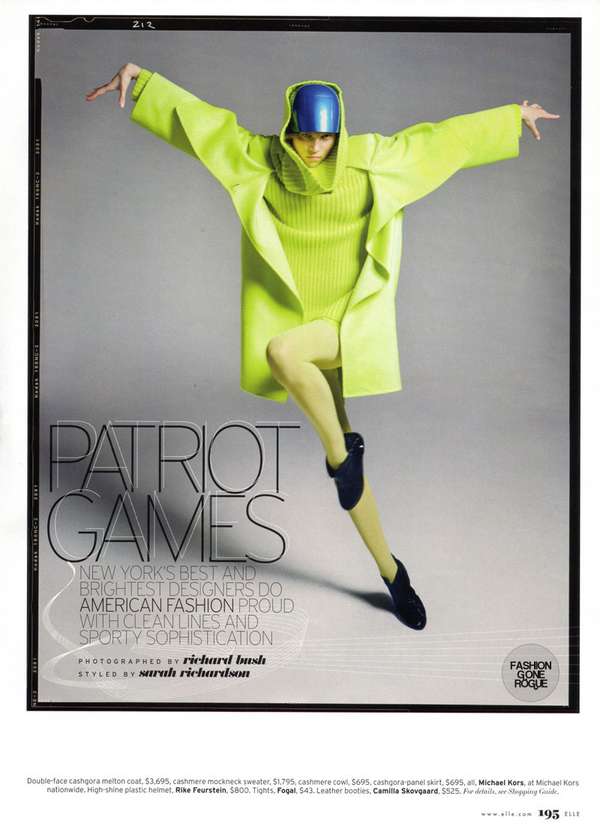 The 'Patriot Games' editorial for Elle's August 2009 issue was shot by Richard Bush and styled by Sarah Richardson. These scans are courtesy of Fashion Gone Rogue.

Implications - Nationalism and patriotism, especially in North America, are essential forces that drive consumerism. The significance of pride in ones nationstate is so strong that virtually any product that incorporates the iconic national idols into their design or campaign will pique a great deal of consumer interest. Patriotism saw an even more dramatic increase in the US following recent current events that tied together a people in a common cause.
1.8
Score
Popularity
Activity
Freshness