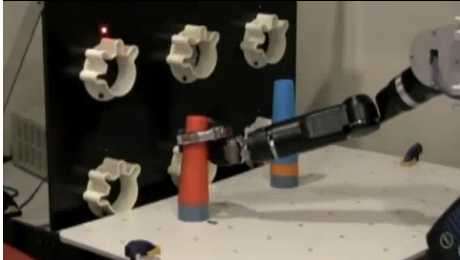 Paralyzed from the neck down, the woman is able to command the robotic arm to carry out complex tasks including but not limited to pouring, moving and stacking cups and feeding her beverages. The experiments were conducted with the patient, Jan, at the University of Pittsburgh where she manipulated the mind-controlled arm with ease. According to researchers from The Lancet, swift movements were accomplished by Jan with only two days of practice and within two weeks, she was able to command the bot to bring items to her from distant places. The design, which many researchers are beginning to use, is to program these automatons so that they are more intuitive, allowing users to instruct them to do an overall task rather than directing them every step of the way.
1.1
Score
Popularity
Activity
Freshness
Access Advisory Services