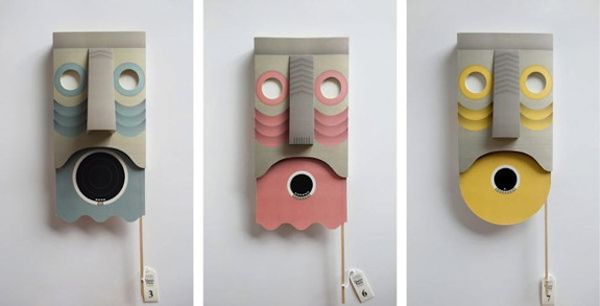 Tiffany — February 26, 2014 — Art & Design
References: work.studioinherent & psfk
Share on Facebook Share on Twitter Share on LinkedIn Share on Pinterest
In the attempt to calm down the common, everyday, over-stressed brain of the individual, Studio Inherent has designed a series of 10 paper cutouts of faces called Happy Faces. The cutouts work like an infographic that represents Rotterdam’s landmark trees. According to the Dutch designers at Studio Inherent, they say that. “an article in de Volkskrant stated that today’s city people are just as sensitive and irritable as a stressed out test-animal.” And for those people who are living in urban cities, it can be stressful trying to find a balance in work and play, on a daily basis.

The idea behind this series of paper faces is to remind people that nature is all around us. The faces are mountable on any wall and are made using paperboard and wood with a range of different colors and shapes of the mouths to represent a specific tree. The idea behind the collection is one that encourages people to go outdoors and find the actual tree on their own.