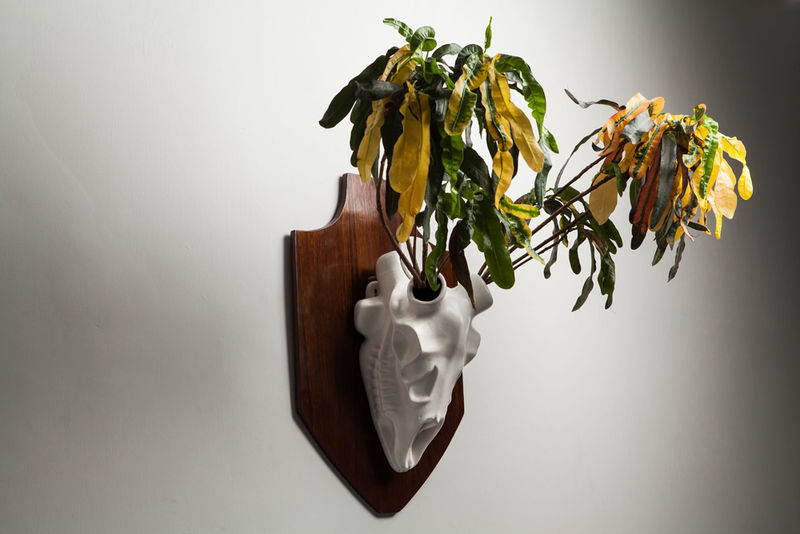 Jana Pijak — August 25, 2014 — Eco
References: re-culture & mocoloco
Designers Rohan Chhabra and Kriti Chaudhary have created an outdoor planter that resembles a piece of faux taxidermy with their 'Dear O Deer' design. The botanical accessory houses various plants that are displayed in its openings to resemble the antlers of a deer.

This decorative planter is constructed out of ceramic materials and is available in "glazed matte white stoneware, fired terracotta and matte gold" finishes.

Rohan Chhabra and Kriti Chaudhary's outdoor planter can also be used indoors and looks best when wall-hung or displayed atop a flat surface. According to its designers, “The user can intervene in the dynamic growth process of the (Dear o Deer) planter and plays an important role in deciding the aesthetics of this object.” Based in Delhi, the design duo collaborate as a part of creative studio, re-culture.
5.2
Score
Popularity
Activity
Freshness