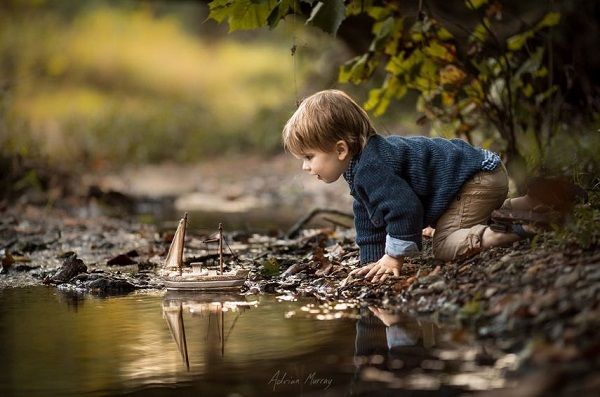 Meghan Young — October 14, 2014 — Fashion
References: momentsbyadrianmurray & designtaxi
Share on Facebook Share on Twitter Share on LinkedIn Share on Pinterest
There is outdoor children photography and then there is Adrian Murray's outdoor children photography. As though capturing the magic of childhood rather than the magic in the moment, he manages to create whimsical scenarios in which his sons play in gorgeous forested settings with animals, toys and each other. Whether interacting with majestic deer or sitting quietly with a teddy bear, the images will bring to mind the 'Calvin and Hobbes' comic series, for those familiar with it.

Shot in and around Louisville, Kentucky, the outdoor children photography is a refreshing change from similar kid captures. Murray says, "I took pictures in the past, but never with a purpose. It wasn’t until I had something I wanted to document forever that I was motivated to continually shoot." It is beautiful that his sons inspire him in this way.
3.6
Score
Popularity
Activity
Freshness
Access Advisory Services