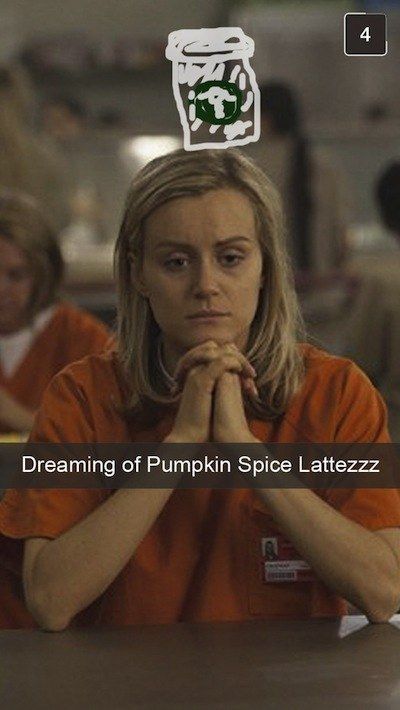 The Orange is the New Black Snapchat Account is Hilarious

Vasiliki Marapas — October 17, 2014 — Pop Culture
References: buzzfeed
These Orange is the New Black Snapchats, created by BuzzFeed, show what life is like on the inside.

The Netflix Original series has a tendency of making prison look more like summer camp than punishment. These hilarious snapchats only further reinforce the illusion that the fictional Litchfield Correctional Facility is not so bad. Sure, there are no pumpkin spice lattes in prison, but then again, you do need something to look forward to when you get out.

The funny snapchats reference everything from rap lyrics ("It's Mr. Steal Your Girl") to hashtags ("#Lesbianing") to pop culture references ("Bye Felicia"). These snapchats from behind bars are hilarious, and hopefully they'll tide you over until season three airs.
4.7
Score
Popularity
Activity
Freshness