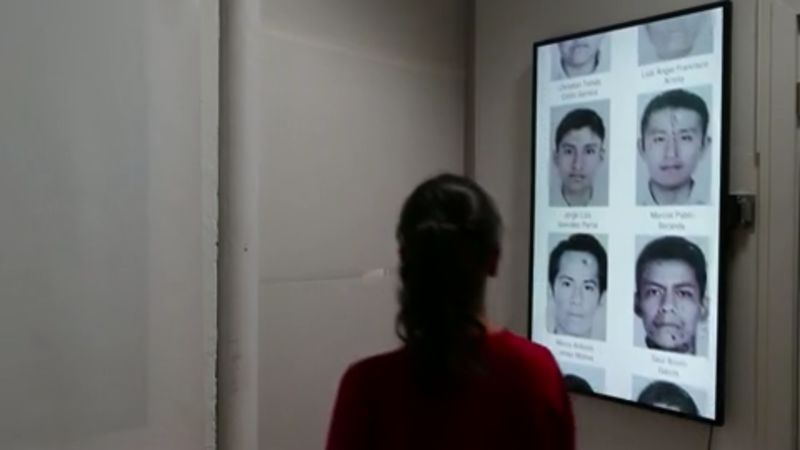 The initial installation was created to commemorate the cartel-related kidnapping in Iguala, Mexico in 2014. Visitors to the 'Level of Confidence' exhibit stand in front of a facial recognition screen that matches their features to ID photos of one of the 43 missing victims. It reverses the normal use of facial recognition technology, which is generally used to identify perpetrators, rather than victims. The artwork has two purposes: it creates empathy for the victims by forcing viewers to see themselves in the pictures of missing people, and it symbolically searches for those who were lost among the faces it scans.

The true power of the project -- both technologically and artistically -- is that its creators turned it into open-source art. The program used for the Iguala installation was made available as open-source code online, meaning that anyone could use or alter it. So far, the open-source art has been used to memorialize the thousands of citizens who disappeared under the Argentinian dictatorship, as well as the more than a thousand Native women who have gone missing in Canada over the past five years.
1.9
Score
Popularity
Activity
Freshness
Get the 2021 Trend Report FREE