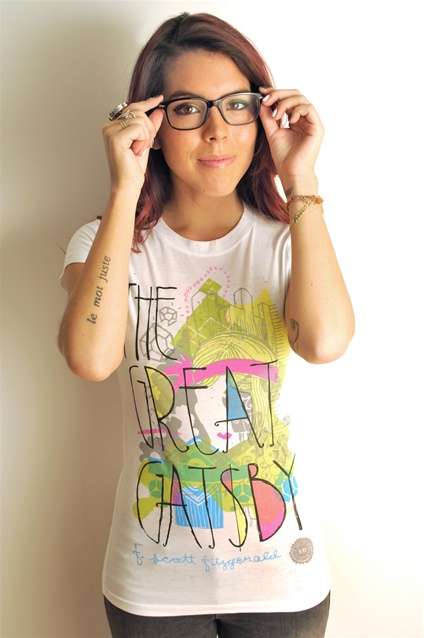 Tiana Reid — May 14, 2013 — Social Good
References: shop.outofprintclothing
Share on Facebook Share on Twitter Share on LinkedIn Share on Pinterest
It was only a matter of time, of course, that the famed one for one company, Out of Print, released the 'OOP x Mikey Burton: Gatsby' collaboration inspired by the book but also coinciding with the release of the 3D film, directed by Baz Luhrmann (the director of Moulin Rouge and Romeo and Juliet) starring Leonardo DiCaprio and Tobey Maguire, and also featuring a hip hop soundtrack. Whether you get down with the film or not, the shirt, which was made for Burton's thesis project, has a similar aesthetic in terms of fantasy and color.

As usual with Out of Print as a for-profit social venture, for every t-shirt sold, one book is donated to an organization.