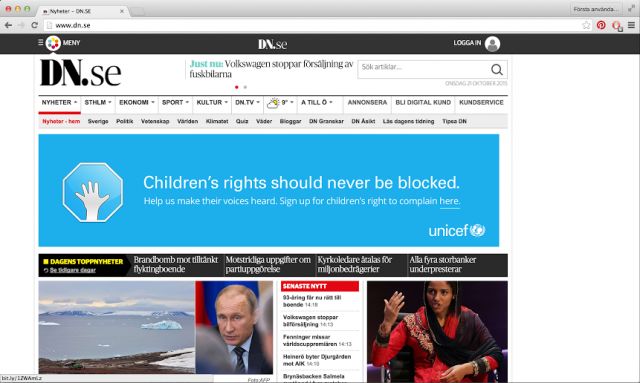 With an ad that reads, "Children's Rights Should Never Be Blocked," the non-profit is stating that such online ad blocking inhibits its ability to campaign and raise money for its advocacy work. The banner was featured on the homepage of a Swedish newspaper.

While strategies like this are controversial since they specifically ignore the ad-blocking technology, the results of this campaign were amazing. Not only did many of these ad-blockers click on the banner, but 300% more of them did than the number who click on a regular banner. Even better, of those who did, one in 10 signed up on the site. While this sounds promising for advertisers everywhere, it is important to note that when for-profits use this tactic it is not nearly as successful.
4.1
Score
Popularity
Activity
Freshness
View Innovation Webinars