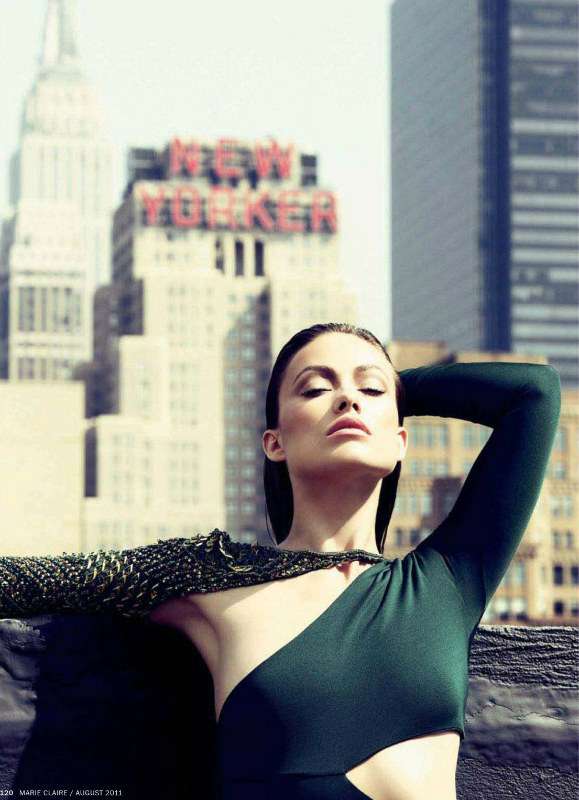 Jordan Sowunmi — July 9, 2011 — Fashion
References: marieclaire & fashiongonerogue
Share on Facebook Share on Twitter Share on LinkedIn Share on Pinterest
If you've been paying attention to the entertainment industry in the last few years, you may have noticed the rapidly rising profile of Olivia Wilde, best known for her roles on 'The O.C.' and 'House,' the Olivia Wilde Marie Claire August 2011 editorial is a key part of her transition from notable television star to in-demand Hollywood leading lady.

Olivia WIlde is coming off of last December's $400 million grossing blockbuster 'Tron,' and is being heralded as one of Hollywood's next leading ladies, set for starring roles in the Daniel Craig western/supernatural hybrid film, 'Cowboys & Aliens,' as well as the Ryan Reynolds-Jason Bateman starring romantic comedy, 'The Change-Up.'

The Olivia Wilde Marie Claire August 2011 editorial features the former 'House' star on a luxurious Manhattan rooftop wearing world famous designer duds from Gucci, Emilio Pucci, and Armani. Olivia Wilde shows every bit of the range and mysterious sensuality that have allowed her to capture the hearts and minds of consumers and industry executives both.

The Olivia Wilde Marie Claire editorial also features Wilde talking a bit about her divorce, which happened just as her movie career started taking off, "David Shore, who created House, said, 'You should get divorced every year: your acting's never been better!'"

I'm sure that her soon to be ex-husband would disagree. The Olivia Wilde Marie Claire August 2011 issue is on newsstands now.
3.3
Score
Popularity
Activity
Freshness
Get the 2021 Trend Report FREE