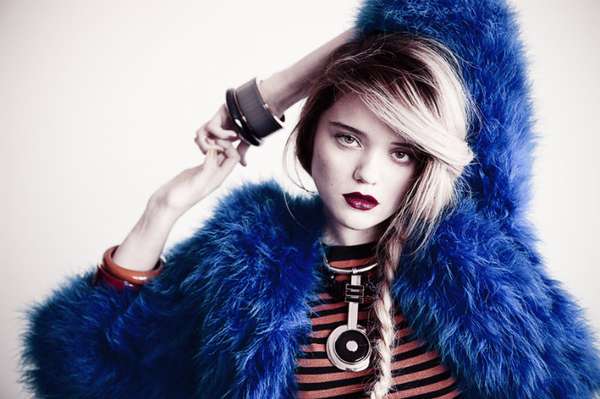 Sky Ferreira is Great in Grunge for Nylon Mexico June 2011

Ferreira dominates the Nylon Mexico June 2011 shoot with an accomplished ease and understated confidence. That should be no surprise, though. Ferreira is an 18-year-old singer, songwriter, model and actress from Los Angeles, California. Her career began three years ago after she sent Swedish pop producers Bloodshy & Avant a Myspace message. She has appeared in a wide variety of different magazines -- Interview, Dazed & Confused, Purple -- as well as the 2010 movie, Putty Hill.

Ferreira's acting skills are evident in this Nylon Mexico June 2011 shoot as she deftly portrays the role of a gorgeous, but withdrawn young woman.

This kind of versatile talent in a person so young usually portends good things for an entertainer, so do not be surprised if you start to hear and see the name Sky Ferreira more often.
3.9
Score
Popularity
Activity
Freshness
Get Better and Faster