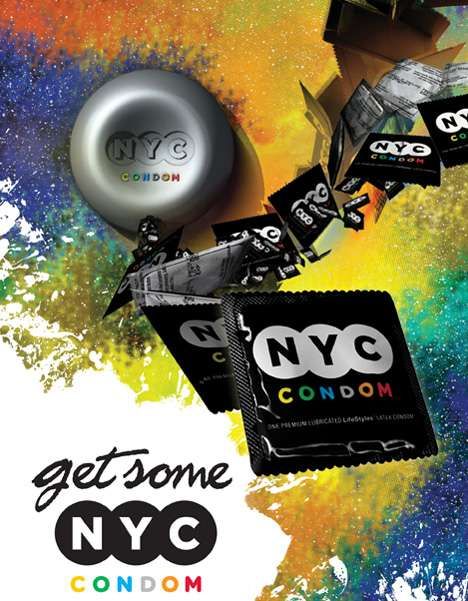 Get Some Condom Campaign

mediterranean — February 15, 2008 — Naughty
References: nyc.gov & yankodesign
Share on Facebook Share on Twitter Share on LinkedIn Share on Pinterest
Continuing its popular safe-sex campaign from last year, the City of New York has unveiled its 2008 safer sex awareness campaign. The official New York City condom has a different look and a sexy new slogan: New Yorkers are being encouraged to "Get Some" .

Street teams will be handing out the free condoms at busy hubs around the city, including Times Square, Wall Street and near City Hall. And an ad campaign on television, radio and subways and buses will soon begin, featuring the "Get some" catchphrase.

The city has revamped the condom package with a distinct hip look to encourage usage. Designer Yves Behar, founder of the San Francisco-based agency, fuseproject, created the wrapper's new look, which he said he wanted to be friendly and unintimidating, "Reminiscent of a condom shape warped into the surface of one's leather wallet, the NYC Condom's approachable shape and friendly brand helps create an air of openness and acceptance, thus removing the stigma of the condom as something to be ashamed off."