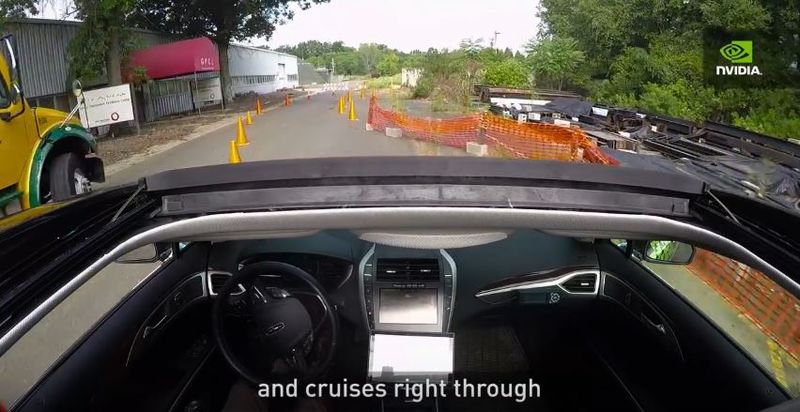 Joey Haar — September 29, 2016 — Autos
References: nvidia & techcrunch
Share on Facebook Share on Twitter Share on LinkedIn Share on Pinterest
The Nvidia BB8, named after the adorable robot from the newest 'Star Wars' film, is a self-driving car that drives just like humans. While other autonomous vehicles drive based on rules of programming assigned by the scientists who designed them, the Nvidia BB8 uses a neural network to learn from human drivers and adopt their techniques.

The Nvidia BB8 (or, more accurately, its deep learning technology) began learning how to drive in Nvidia's parking lots. After successfully learning to navigate courses consisting of orange traffic cones, the system advanced to the point where it could successfully and drive on real roads.

Driving is hugely variable, with people adapting to conditions on the fly, but the Nvidia BB8 has been able to keep up with unforeseen scenarios like roads without lane markings and construction zones.
3.7
Score
Popularity
Activity
Freshness
Jeremy Gutsche Keynote Speaker