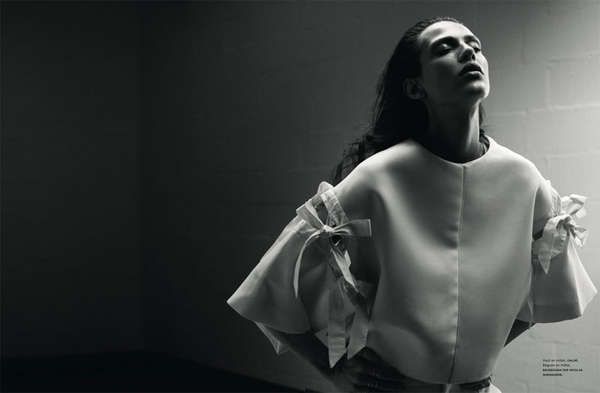 Meghan Young — April 4, 2013 — Fashion
References: numero-magazine & fashiongonerogue
Share on Facebook Share on Twitter Share on LinkedIn Share on Pinterest
The Numero Issue 142 editorial might be filled with minimalist outfits, but the picks are incredibly eclectic. From simple sweater rompers to streamlined yellow gowns and baggy black pants, there is something for just about any person. Aside from the overall minimalist designs, the other thing the ensembles have in common are a casual chicness.

Shot by photographer Richard Bush in studio, the Numero Issue 142 editorial stars model Aymeline Valade. On stands in April, the photoshoot was outfitted by stylist Franck Benhamou, who pulled pieces from such labels as Lanvin, Prada, Louis Vuitton and Givenchy. The outfits were captured in color as well as black and white.