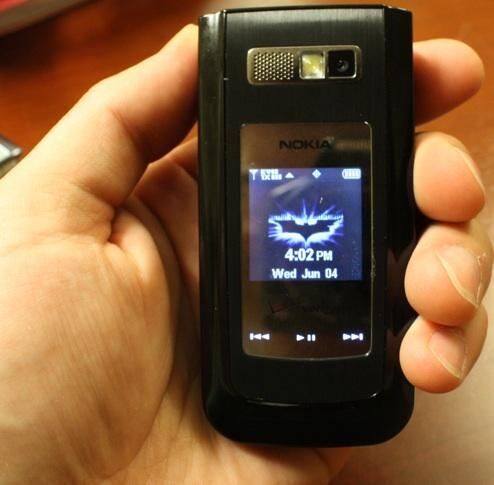 Ayman — June 14, 2008 — Pop Culture
References: gizmodo
Share on Facebook Share on Twitter Share on LinkedIn Share on Pinterest
With The Dark Knight movie invading theaters on July 18, its promotion machine is in full swing. We have already seen Got Milk? ads and multiple magazine covers, but now we have a super cool batphone in the shape of the Nokia 6205 Dark Knight Edition that is sure to get batman fans everywhere drooling.

Coming in black or white (!?), the flip phone sports the Dark Knight's emblem on its back and comes loaded with the movie trailer, themed wallpapers, ringtones, and animated screensavers inspired by the film. Other specs of the 6205 include a 1.3MP camera with flash, microSD slot expandable to 4GB, and external music controls.

The Nokia 6205 The Dark Knight edition will be available exclusively online at www.verizonwireless.com beginning, Sunday, June 15.