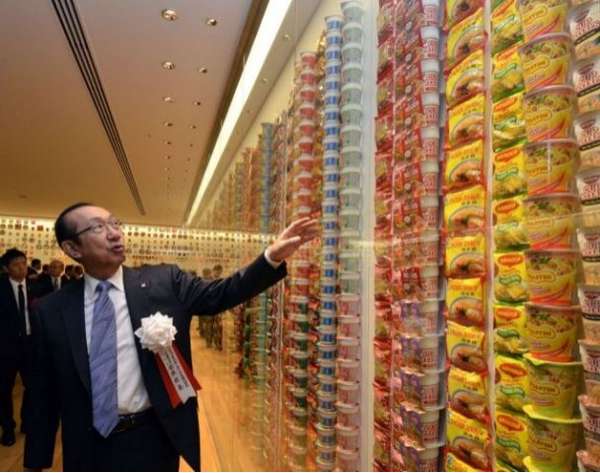 Michael Hines — September 23, 2011 — Lifestyle
References: metro & uniquedaily
Share on Facebook Share on Twitter Share on LinkedIn Share on Pinterest
If you love instant noodles as much as I do, then the Nissin Instant Noodles Museum is sure to instill excitement. Nissin Foods has opened up a museum in Yokohama, Japan, dedicated entirely to one of the world's most delicious and cheapest treats, instant noodles.

The Nissin Instant Noodles Museum was opened to celebrate the company's 40-year anniversary. The museum sits on an impressive 10,000 sq. meters, and features various exhibits and attractions. Perhaps the best part of the museum is its 'Make Your Own Flavor' section that lets patrons create a unique flavor from the thousands offered by Nissin. It may be hard to believe, but this isn't the first Nissin Instant Noodles Museum opened in Japan. The company opened a similar sanctuary in Osaka back in 1999. Here's hoping the company opens an American museum sometime soon.
1
Score
Popularity
Activity
Freshness
Access Advisory Services