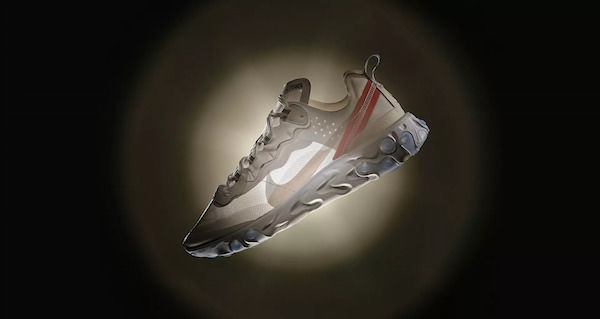 Laura McQuarrie — July 16, 2018 — Fashion
References: nike & designtaxi
The Nike React Element 87 sneakers recently launched in the United States, following their unmissable debut at Paris Fashion Week. The shoes from Nike set themselves apart with a virtually transparent upper component, which means that wearers are able to dramatically customize the appearance of their footwear simply by choosing a fun pair of socks.

As well as being notable for their unique see-through look, the new sneaker style from Nike is notable for being the first of its kind to feature React soles—these soles feature specially placed holes based on pressure points on the foot that can lead to the most exertion and exhaustion.

The Nike React Element 87 launched in-store and online in several colorways, including a simple gray and black, as well as a tan and red option.
6.6
Score
Popularity
Activity
Freshness