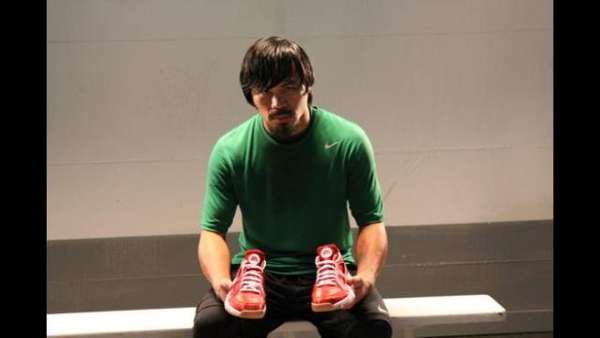 Manny Pacquiao is currently the biggest star in the boxing world, so it only makes sense that Nike and EA would look for his stamp of approval on a Fight Night-branded shoe. The Nike Manny Pacquiao Fight Night is modeled after the Zoom Huarache Trainer with a color scheme inspired by the red satin robe that boxers wear pre-fight. EA's logo is on the tongue while gold accents adorn the bottom heel, with the familiar swoosh also getting a Midas makeover.

The Nike Manny Pacquiao Fight Night is set to see a very, very limited release. The shoe is set to be released to the public on April 15th, with EA giving away a few pairs sporadically on their Facebook page.
1.7
Score
Popularity
Activity
Freshness
Get Better and Faster