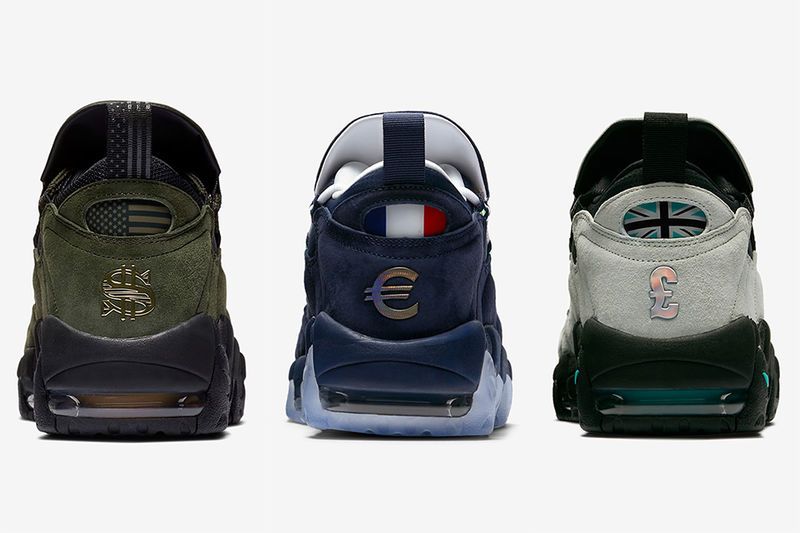 The revamped models feature embellishments that denote the "U.S. dollar, British pound, or French euro, with a fourth iteration connected to the Japanese yen." In addition to the symbols that are used for the currencies themselves, the models boast each nation's flag to make the references even more clear. For example, the Nike Air More Uptempos that honor the French euro feature the currency symbol on the backs of the heels, along with cut-outs that show the flag, while the rest of the uppers are colored in complementary hues of blue and white.
2.9
Score
Popularity
Activity
Freshness
View Innovation Webinars