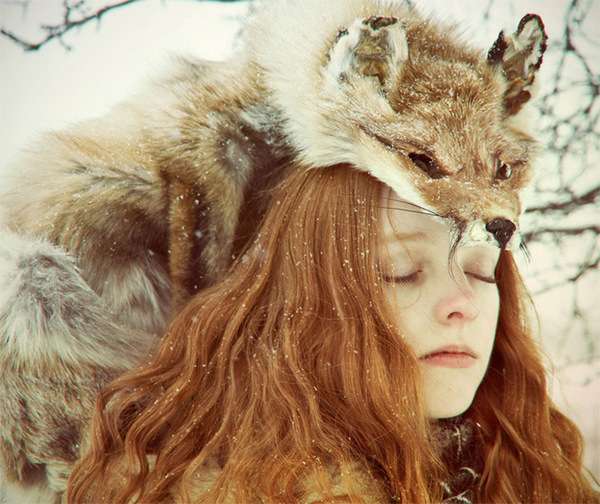 Meghan Young — May 24, 2011 — Fashion
References: behance.net & behance.net
Share on Facebook Share on Twitter Share on LinkedIn Share on Pinterest
Nursery rhymes and fairy tales are often a favorite theme for photographers around the world, and the Nika Toroptsova Fables photo series is the latest adaptation. Dark, wild and utterly whimsical, the shoot may be inspired by fantasy; however, it is not blatantly about fairy tales.

That is exactly what makes the Nika Toroptsova Fables photo series stand out. The Saint Petersburg-based photographer decided to take a much more subtle route when translating the idea of fable into a fantastic photoshoot. Soft, surreal and romantic, nature is heavily present throughout each image.

Yet most prevalent is the idea of wild, yet tamed animals. The Nika Toroptsova Fables photo series boasts fox headgear, stuffed wolves as well as skinned bears, as though showing how superior humans are.
6.6
Score
Popularity
Activity
Freshness
Access Advisory Services