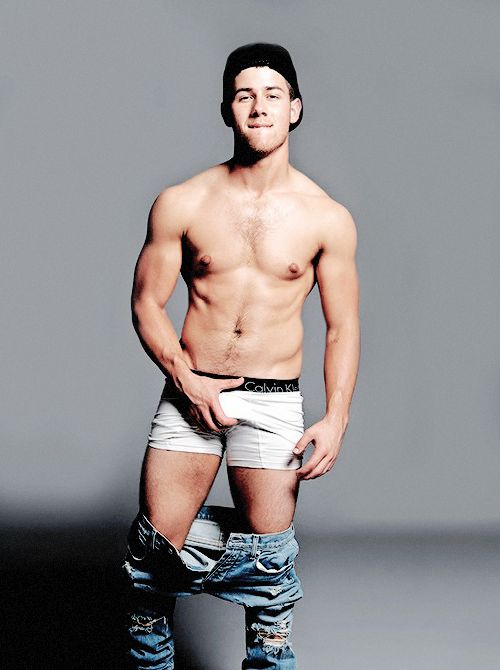 Nick Jonas Flaunts What His Momma Gave Him

In fact, the singer even goes as far to say that he would like people to have sex to his music: "I think it's amazing! It's great. It's two beautiful things colliding." Well, it's definitely a departure from the former boy band member's once squeaky-clean image, that's for sure. Further proving that his chastity is a thing of the past, Jonas -- decked out in a pair of Calvin Klein boxer briefs -- is photographed grabbing his crotch and biting his lip.

While he must be making ladies all over the world swoon right about now, Jonas reveals his own man crush: Mr. James Bond himself, Daniel Craig!
4.9
Score
Popularity
Activity
Freshness
Attend Future Festival Virtual