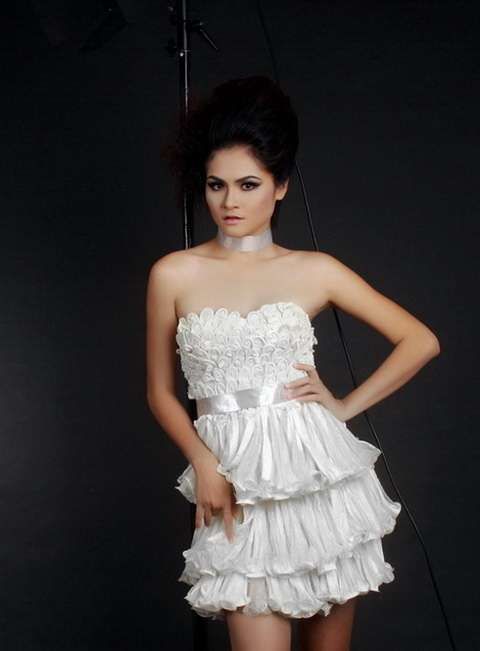 Meghan Young — December 6, 2011 — Lifestyle
References: buzzfeed & neatorama
Share on Facebook Share on Twitter Share on LinkedIn Share on Pinterest
Safety should always come first when engaging in sexual activities, but the same is not usually said for fashion -- that is, until Nguyen Minh Tuan came around. She may not be a sex or fashion expert yet, since she is still a graphic design student, but Nguyen Minh Tuan clearly knows more than some.

Nguyen Minh Tuan has created a dress out of 700 condoms in honor of World AIDS Awareness Day. Granted, these condoms may not be able to prevent sexually transmitted diseases or pregnancies considering they're on a dress, but the dress itself sends a unique message: condoms can be cool and stylish. In fact, Nguyen Minh Tuan's condom dress doesn't even look like it was created using the risque latex material -- it even glows in the dark!
5.5
Score
Popularity
Activity
Freshness
View Innovation Webinars