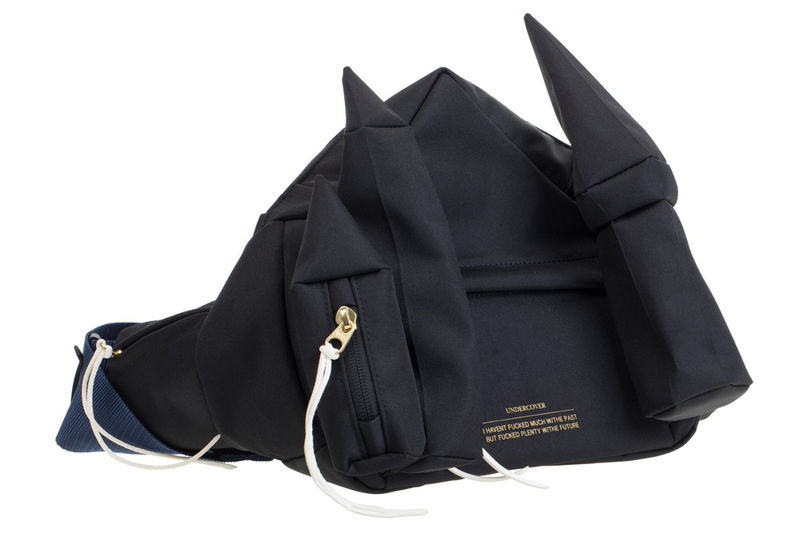 The black material which the carrier is made up of is shaped into the structure of a castle, however in a way that's quite subtle and abstract. In between the pointed towers that decorate the sides of the new waist bags, UNDERCOVER includes its name in gold lettering and beneath, a line of lyrics from Patti Smith's powerful 'Babelogue,' which reads "I haven't f*cked much with the past, but I've f*cked plenty with the future."

The lining of the bag is gold as well to complement the luxurious lettering that adorns the exterior and the adjustable strap that fastens the carrier to its wearer is a deep twilight blue.
6.1
Score
Popularity
Activity
Freshness
Attend Future Festival