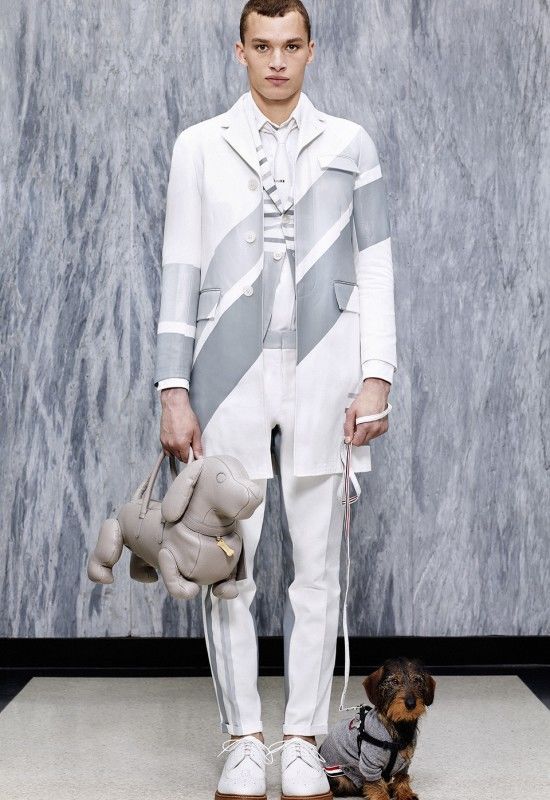 The bag is featured with elegant menswear ensembles throughout the Spring/Summer 2017 lookbook, many of which have a playful summery vibe due to the bright pastel hues that are often incorporated. The Hector bag works to much of the same effect, giving the unique ensembles an even more unconventional edge.

Featured apparel includes multicolored blazers, pleated shorts and trousers, button-ups, trench coats, backpacks and carriers, varsity jackets and more. As the dachshund's image is featured throughout, the new Thom Browne lookbook features his dog in the flesh as well, with the canine standing beside one of the models in a gray sweater.
5.5
Score
Popularity
Activity
Freshness
Access Advisory Services