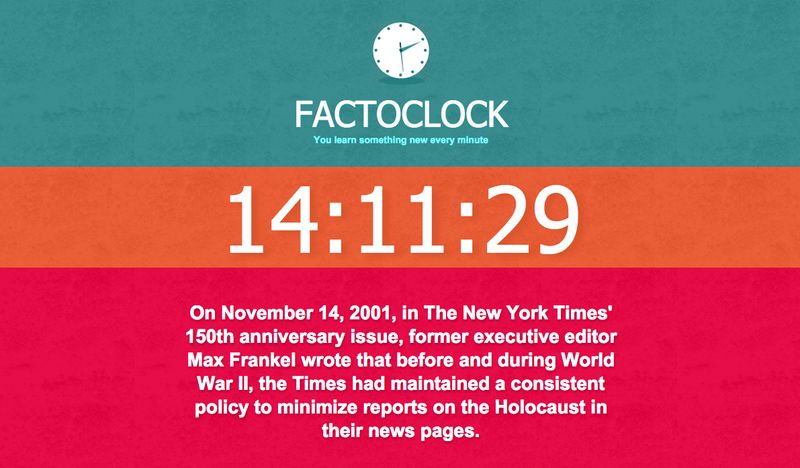 The Factoclock also shares new fun facts via its various social media channels. An example of a fact you can learn on the site is that on the 150th anniversary of The New York Times on November 14, 2001 the former executive editor Max Frankel wrote that during the second World War, the paper made a conscious effort to minimize coverage of the holocaust with a policy to do so in place.
3.5
Score
Popularity
Activity
Freshness