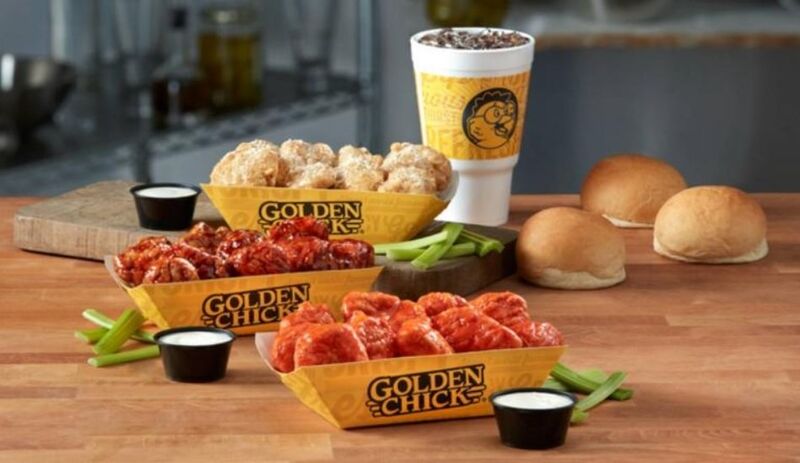 Golden Chick Has New Boneless Wings for a Limited Time

Available for just a limited time from participating locations, Golden Chick's new Boneless Wings are a tasty and sharable option for any night of the week. The new Boneless Wings comes in Classic Buffalo, Korean BBQ, and Garlic Parmesan sauce flavors, and you can choose orders of six, 10, or 24 wings. Customers also have an option to order the wings on their own, or as part of a larger combo. All combos meals come with your choice of one side dish, a fresh-baked bread roll, and dipping sauce.

The new Boneless Wings can be ordered from Golden Chick in-store, through the drive-thru, or via third-party food delivery apps.