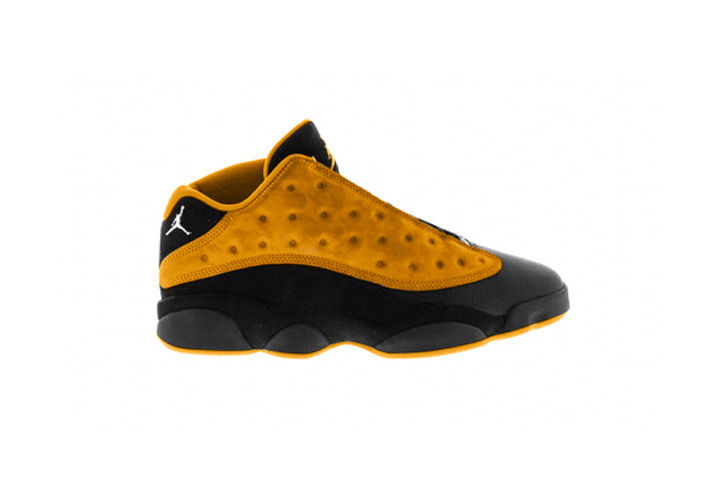 Riley von Niessen — January 16, 2017 — Fashion
References: nike & hypebeast
These new Air Jordan 13 Lows have a colorway that was dubbed 'Chutney,' in reference to the dark yellow hue that marks the majority of the uppers.

Originally, the streamlined silhouette dropped back in 1998, however since then it has made a number of comebacks. For the Chutney version, Nike's Jordan Brand complements the yellow parts of the upper with accents of black. This helps to split up the design and make it more visually appealing -- as this ensures the yellow doesn't make the sneakers overwhelmingly bold. The Jumpman logo diverges from the rest of the colorway, appearing in white on the heel.

This retro rework is expected to become available sometime in the summer of 2017.
3.6
Score
Popularity
Activity
Freshness