Classic Arcade Games at Home
Next
Set of
Related
Ideas 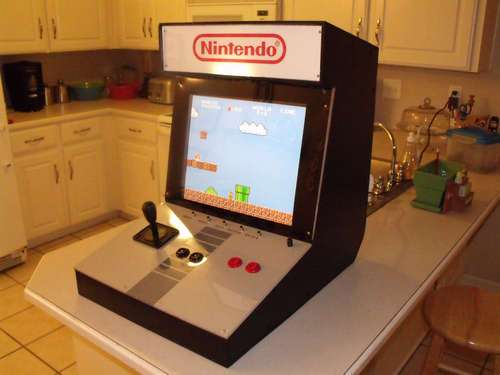 Cure Your Nostalgic Cravings With Your Own NES Gaming System

Andrew Robichaud — August 25, 2009 — Tech
References: instructables & gizmodo
Who wouldn’t want their own personalized NES gaming system? With a simple list of instructions, some technological know-how and spare computer parts, you can build your own arcade NES gaming system.

Granted, it’s not the easiest task in the world (see the instructions link), but once completed it turns out to be a pretty neat project. The NES gaming system has no actual NES (Nintendo Entertainment System) inside of it because it runs off of a computer (games are downloadable). It also features USB ports and real NES controller ports.

So whenever you feel that nostalgic craving, along with the DIY and technological engineering cravings, I suggest you go ahead a build your own arcade NES gaming system.
2.3
Score
Popularity
Activity
Freshness