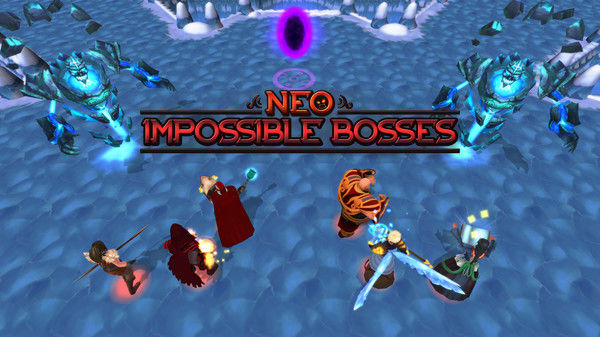 Neo Impossible Bosses Will Challenge Even the Best Micromanagers

Justin Lam — March 27, 2018 — Tech
References: store.steampowered & indiegames
Share on Facebook Share on Twitter Share on LinkedIn Share on Pinterest
Neo Impossible Bosses is an RTS/MOBA styled video game that tasks players with defeating punishing bosses with a collection of heroes. The game offers up ten different challenging creatures, each with its own special attacks, damaging spreads and movement styles for players to observe and eventually overcome. Gameplay requires plenty of trial and error, and players will have to endure frequent restarts in order to memorize patterns and properly coordinate their team.

Neo Impossible Bosses distinguishes itself from other games through its unique blend of RTS and MOBA style gameplay. Players will get to tailor their team of several heroes, each with unique stats and abilities, and will have to control them all during the boss battle. This is where the RTS elements come in, resource management and character placement can make the difference in a difficult encounter, but an option to pause the game and issue orders makes this a little easier. Neo Impossible Bosses can be played alone or with others, but the challenge will always remain the same.
0.9
Score
Popularity
Activity
Freshness
Jeremy Gutsche Keynote Speaker