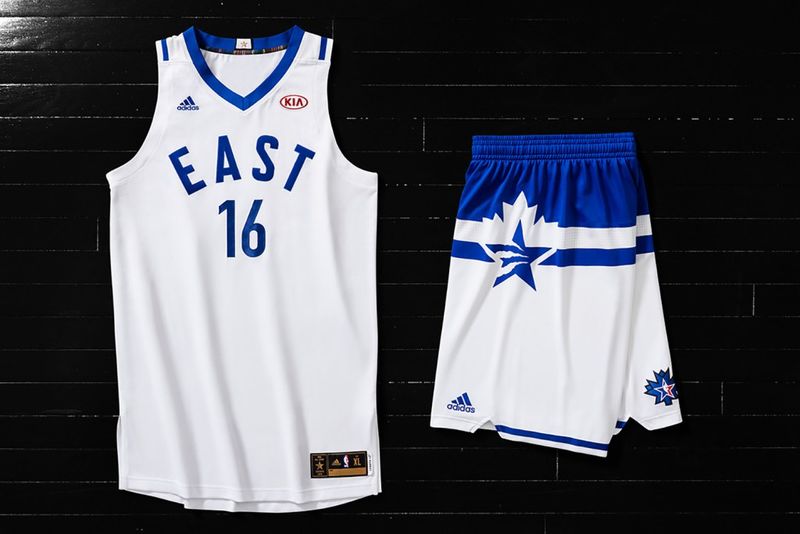 The collection's tone is more subdued than in previous years, with subtle, yet noteworthy detailing throughout. The identical jerseys only differ in color, with the West in red, and the hometown East in blue. To celebrate the NBA All-Star Game's first foray in Canada, star icons on the jerseys have been overlaid with the maple leaf elements.

Additionally, a silhouette of the Toronto skyline is included on the back. To complement the jerseys, adidas also released grey warm-up jackets, with various patches on their arms to indicate each player's accolades, such as all star appearances, NBA Titles and MVP statuses.
3
Score
Popularity
Activity
Freshness
View Innovation Webinars