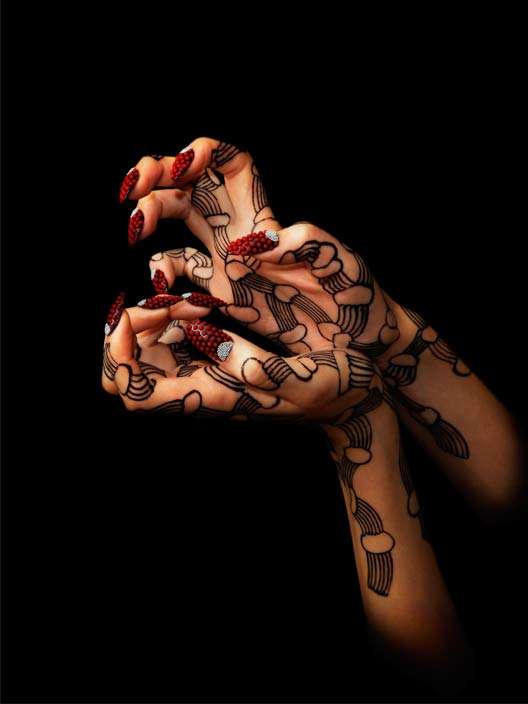 Souzan Michael — September 4, 2011 — Fashion
References: degreeart & now-here-this.timeout
Share on Facebook Share on Twitter Share on LinkedIn Share on Pinterest
Gone are the days of simple French manicures and understated shades on your fingertips, a concept that has never been more clearly demonstrated than in London, England's Nailphilia exhibit. The fascinating and sure-to-be-colorful installation is the first nail art exhibit in London and will be opening Sept. 1 at DegreeArt.com’s Execution Room in east London.

Nailphilia is teaming up with top nail technicians and manicurists to show off some of the hottest nail phenomena, including SHOWStudio’s Nick Knight, Minx, Cheap Monday’s nail jewelry and Laruicci (probably most well known for creating the gold nails in Beyonce's "Run The World" music video).

According to the DegreeArt website, "Nailphilia will delve deep into the nail world’s most creatively established, merging Fashion and Art and redefining everything you thought you knew about the aesthetic of the fingertips."

As a complete nail polish addict, I think this is a great idea. Nails have become a surefire way to express personal style and are easy and affordable methods of changing up your look.
4.4
Score
Popularity
Activity
Freshness
Get the 2021 Trend Report FREE