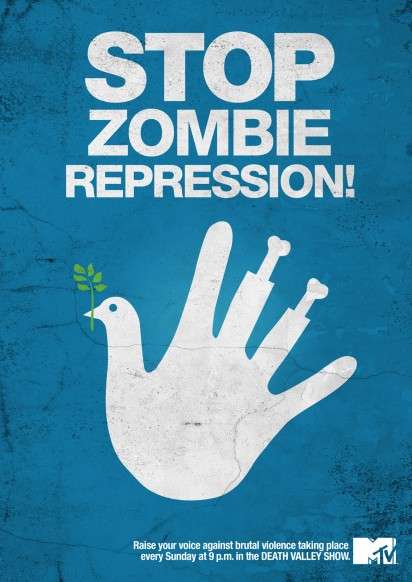 Meghan Young — April 13, 2012 — Marketing
References: mccannworldgroup & ibelieveinadv
Share on Facebook Share on Twitter Share on LinkedIn Share on Pinterest
It's not everyday that people will see propaganda posters like those in the MTV Serbia 'Death Valley' ad campaign, which urge people to help zombies. First of all, zombies don't exist. Secondly, they have always been portrayed as the bad guys. Nevertheless, the print ads promote a new mockumentary TV show that centers around a police force brutally dealing with fantastical perpetrators that not only include zombies, but also werewolves and vampires.