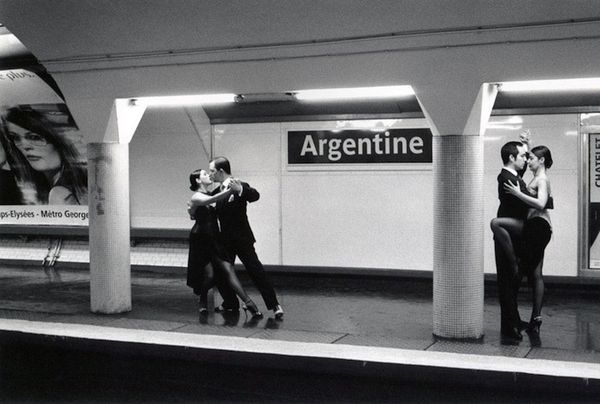 Vasiliki Marapas — November 3, 2013 — Fashion
References: janol-apin & mymodernmet
Share on Facebook Share on Twitter Share on LinkedIn Share on Pinterest
The Janol Apin Métropolisson series takes place in the underworld of the Parisian metro. Apin uses his subjects to create a scene that plays on the name of each subway station. For instance, the Argentine station features two dancing couples, referencing the ‘Argentine tango,’ while the Champ de Mars station emphasizes the planets with an astronaut fully decked in his space suit. The Dupleix station humorously creates a dual-level human duplex, with one subject sitting on the shoulders of another.

Ultimately, Apin has creatives captivating narrative scenes that correlate to the station in which they were photographed. While some of the references are subject to language barrier, most of the clever intimations can be seen in this impressive collection, which has amassed over 100 photographs.