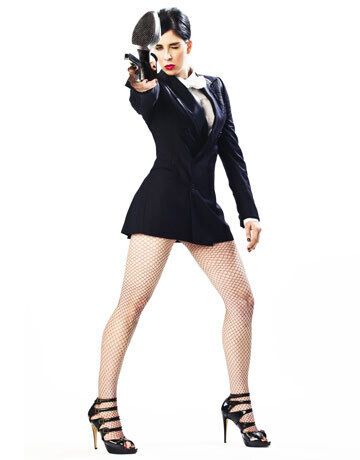 'Bond, Jane Bond' rocked three different dresses accompanied by a pair of stiletto black sandals and she wore her jet-black hair pulled back and parted on the side.

Sarah Silverman, who used a shoe as her gun, also sported a sexy fuchsia robe and a dark blue dress as she gets out of a little car that James Bond would not be caught dead in.

This is a very clever satire, especially since Silverman often dresses very casually in jeans and tee shirts. She must have had a lot of fun doing this sarcastic piece.
3.2
Score
Popularity
Activity
Freshness
View Innovation Webinars