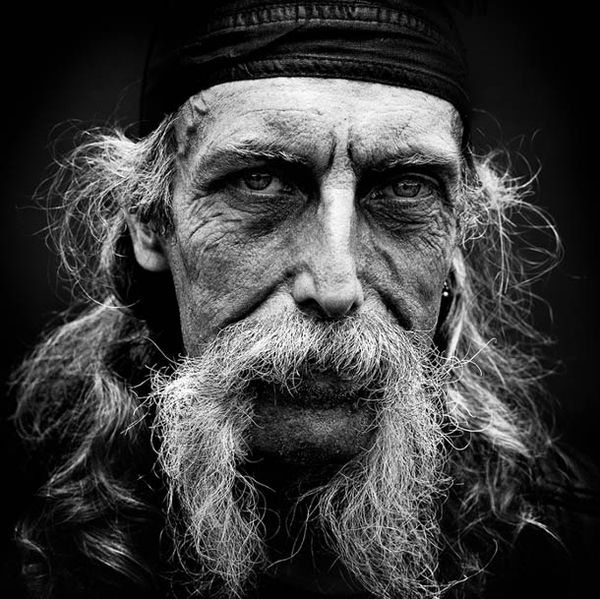 Tiffany — February 12, 2014 — Fashion
References: en.wikipedia.org & livinguntitled
These high contrast portrait photographs were created during the Free Wheels festival organized by The Hells Angels Motorcycle Club, a famous motorbike gang that is considered an organized crime association comprised of the 1% who typically ride Harley-Davidson motorcycles. The result of the photo series is a stunningly intense and sublime compilation of portraits of the motorcyclists by a France-based artist Nicolas Auproux, called ‘Bikers.’

Hells Angels was founded in 1948 and is currently an outlawed motorcycle club in the United States and Canada that features members who ride Harley-Davidson motorcycles. In the States, they are also considered an organized crime syndicate. The place where the photo shoot took place was also the location of the Free Wheels festival, a party, a bike show as well as a music scene in the very scenic Auvergne in France.

The festival is an international music event attracting people and fans alike from all over the world flocking to Free Wheels.
5.9
Score
Popularity
Activity
Freshness