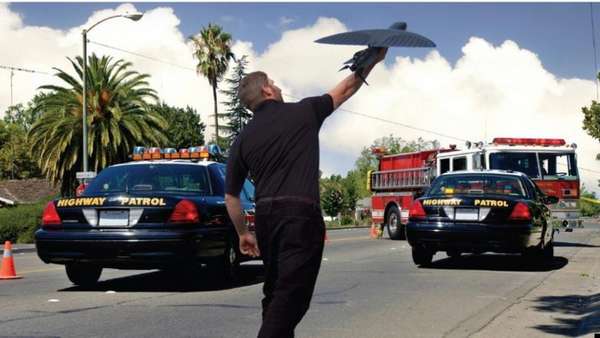 The Mosquito-Fighting Maveric Drone is an Extreme Next Step

Meghan Young — August 20, 2013 — Tech
References: spectrum.ieee.org & dvice
Share on Facebook Share on Twitter Share on LinkedIn Share on Pinterest
The insect problem is becoming such a problem, especially when it comes to mosquitos in Florida, that a serious plan of action is being taken; it revolves around the use of mosquito-fighting maveric drones. Essentially, they are being repurposed to locate the pools where larvae are most likely being hatched. This is achieved via shortwave infrared cameras.

Created for the military by Condor Aerial, mosquito-fighting maveric drones is definitely a more everyday use for such a device. Implemented by the Florida Keys Mosquito Control District, this is an extreme step when taking into account other insect repellants. According to Dvice, "The actual destruction of the larvae comes later, but a future of weapon-wielding drones charged with destroying mosquitoes is sounding less and less like a fictional one."
4.1
Score
Popularity
Activity
Freshness
View Innovation Webinars