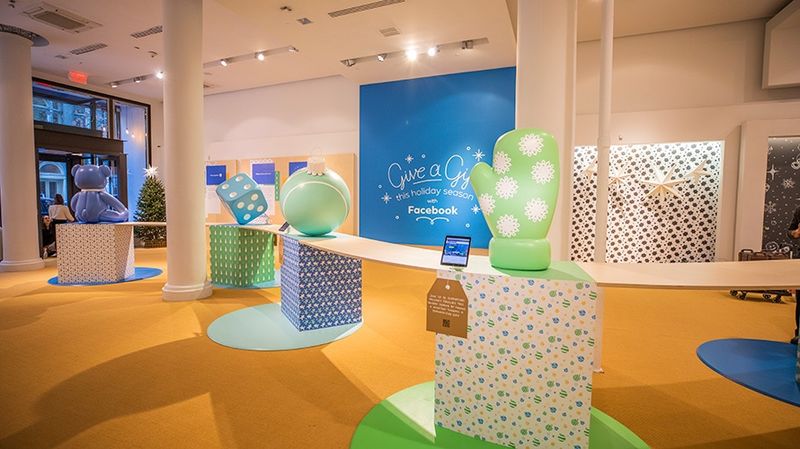 Facebook Launched the 'More Together' To Help Fundraise IRL

This holiday season, Facebook is focusings its efforts to give to Military Mama Network -- an organization dedicated to supporting the United States military and veterans. “We know Facebook is where people go to support the causes they care about,” said Samantha Wu, VP of brand and product marketing. “We wanted to create a physical pop-up to highlight one our groups, Military Mama Network, to showcase in real life the power of people coming together for a cause they care about, and to help make the holidays magical for a number of military families.”

The pop-ups are located in New York, Chicago, and Los Angeles and showcase oversized gift boxes with a QR code. Once scanned, the code brings the gues to a Facebook donation page for Military Mama Network. The pop-up also boasts letter writing stations for visitors to support military families and troops overseas.