Flowers for the Fingers 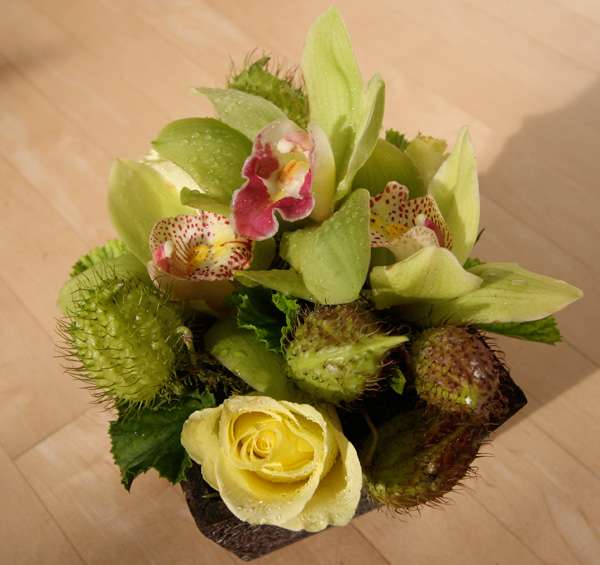 TrendHead — December 22, 2008 — Pop Culture
References: notcot
Nature is beautiful in all of its forms, but I couldn’t stop laughing when I found this lovely picture diary about a nice bouquet of roses, orchids, moss, and monkey balls, a flower that spontaneously bursts open and is poisonous if ingested.

The bunch was apparently sent via a florist who not only had misspelled the name of the sender but also placed these big hairy monkey balls in the mix. What a nice but rather strange surprise.

These freaky-looking flowers are colloquially called Monkey Balls but are officially known as either Gomphocarpus physocarpus, the swan plant or the balloon cottonbush.

This florist gets a ten out of ten for the tropical effort and surprise factor put forth in this bizarre bouquet. Let’s hope the florist gets the birthday greeting card right next time, however.
1.9
Score
Popularity
Activity
Freshness