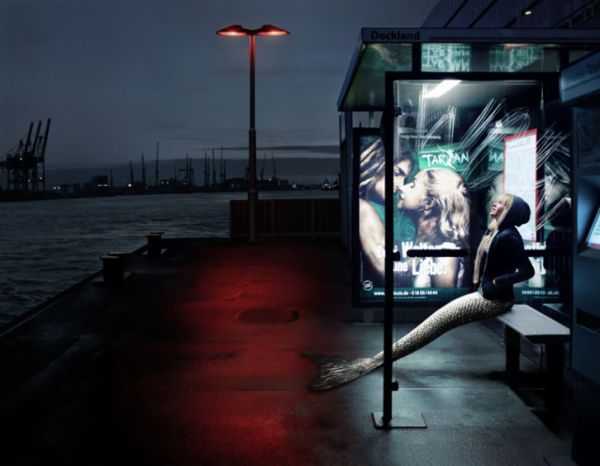 Meghan Young — January 31, 2014 — Fashion
References: hanavojackova & fubiz.net
Share on Facebook Share on Twitter Share on LinkedIn Share on Pinterest
Ariel had to trade her voice for a pair of legs to join the human world, the mermaids in the Milk & Sea photo series seem to have gotten a better deal. Granted, they still have an intact tail, which makes getting around a little more difficult. Not to mention the fear of drying out in the waterless environment. But it is interesting to imagine the interaction these mythical creatures would have in the real world.

Shot by Hana Vojackova, a photographer born in Prague, Czech Republic, and based in London, England, the Milk & Sea photo series is captured around Europe from Iceland to Germany and back. Through the Milk & Sea series, Vajackova asks, "What could mermaids' stories be if the mermaids were living now in contemporary conditions? Where would they live? What would they do? Who would they actually be .....?"
2
Score
Popularity
Activity
Freshness
View Innovation Webinars