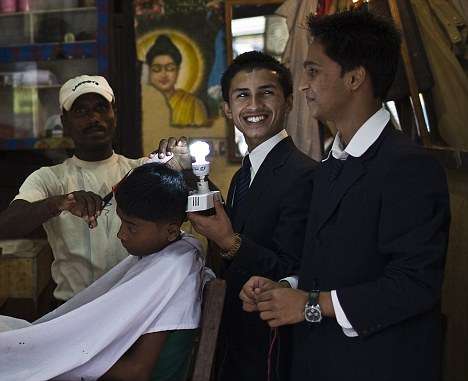 Meghan Young — November 30, 2012 — Tech
References: dailymail & core77
Milan Karki might only be a mere 18 years of age, but that hasn't stopped him from inventing solar panels made out of human hair. Coming from a rural, unelectrified village in Nepal, he has always been in search ways to introduce electricity into his and his family's lives. Unfortunately, Milan Karki found the hardware he needed was far too expensive. Clearly he didn't have access to scrap yards like prodigy Kelvin Doe.

What Milan Karki later discovered, however, was that he had a much more accessible and affordable material at hand: his hair. The inspiration came from a Stephen Hawking's book that noted human hair can generate static electricity. Milan Karki set out, with four of his Kathmandu classmates, to create what ended up being a chessboard-sized panel able to generate 18 watts of energy.
1.2
Score
Popularity
Activity
Freshness