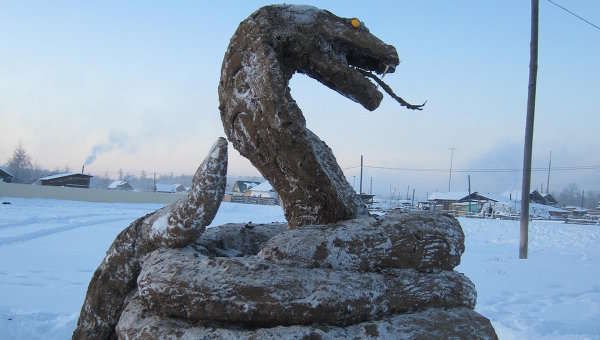 Meghan Young — January 15, 2013 — Eco
References: en.rian.ru & neatorama
Share on Facebook Share on Twitter Share on LinkedIn Share on Pinterest
Mikhail Bopposov has decided to ring in the Chinese New Year, which happens to be the Year of the Snake, in as creatively unexpected a way as possible. Using a pile of dung, he sculpted a giant cobra snake. Interestingly, and quite disgustingly, the snake resembles a large dumb, as though a giant decided to squat down in the middle of Siberia, where Mikhail Bopposov sculpted the cobra.

Like many of those living in the Yolba-ites community, Mikhail Bopposov, who is a building manager at the village school during the day, moonlights as a cattle herder. His 17 cows provided enough of the fecal matter to create the impressive snake sculpture.