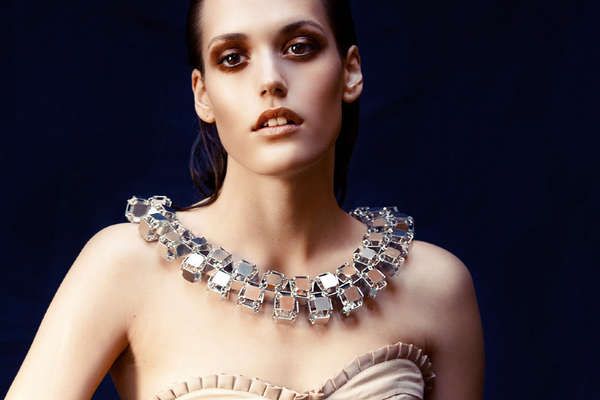 Mike Arsjo Delves into His Tribal Past for Inspiration

Meghan Young — January 17, 2013 — Fashion
References: mikearsjo & coolhunting
Share on Facebook Share on Twitter Share on LinkedIn Share on Pinterest
Mike Arsjo delves into his past to create his lastest collection of jewelry. And what an interesting past he has. Born in Puerto Montt, Chile, and raised by the Sawiyano tribe, Mike Arsjo was heavily influenced by the importance of decorative adornment in their lives. Later brought to Sweden by adoptive missionaries working in Papua New Giuinea, he recently graduated from the Konstfack university in Stockholm, where he honed his own appreciation for such accessories.

Working predominantly with aluminum to bring back the lost art of chainmail, in a modern way of course, Mike Arsjo states, "There's something about it. While it's not the easiest material to work with if you put the time and effort into it it's one of the most appealing visually. It takes on this incredible glossy shine."
5.2
Score
Popularity
Activity
Freshness
Access Advisory Services