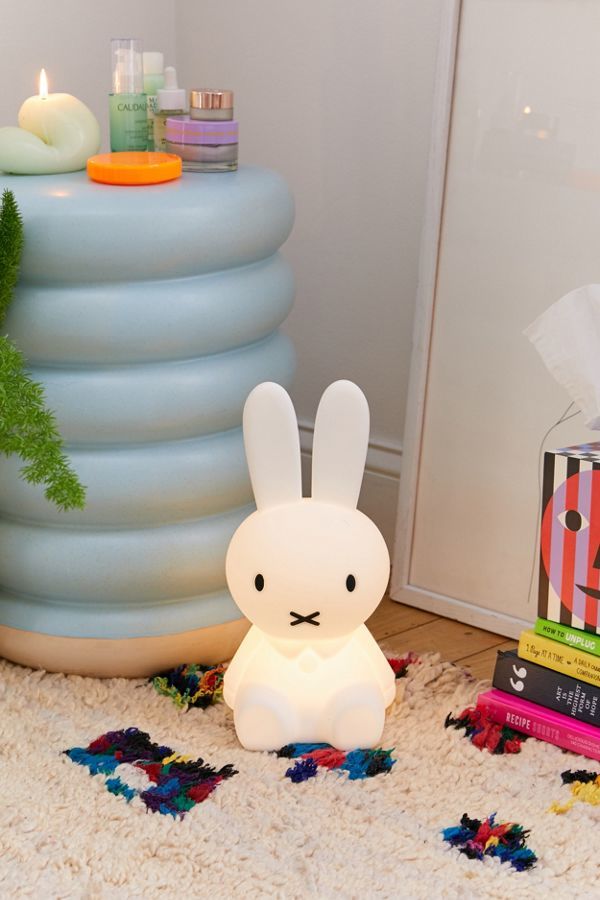 Jana Pijak — March 9, 2020 — Art & Design
References: urbanoutfitters
Share on Facebook Share on Twitter Share on LinkedIn Share on Pinterest
These Miffy First Light lamps are inspired by the iconic character, first featured in a Dutch children's book as well as a cartoon series and films of the same name. Available at Urban Outfitters, the lamps are designed to mimic Miffy series characters -- including Lion, bear Boris and Miffy the bunny herself.

Whether used as mood lighting or as a night light alternative, the lamps are both a fun and functional addition to any space. Each Miffy First Light lamp is soft to the touch, consisting of flexible, BPA-free silicone. Featuring a built-in light, each lamp can be recharged using an accompanying USB.