Creating a Smart User Interface
Next
Set of
Related
Ideas 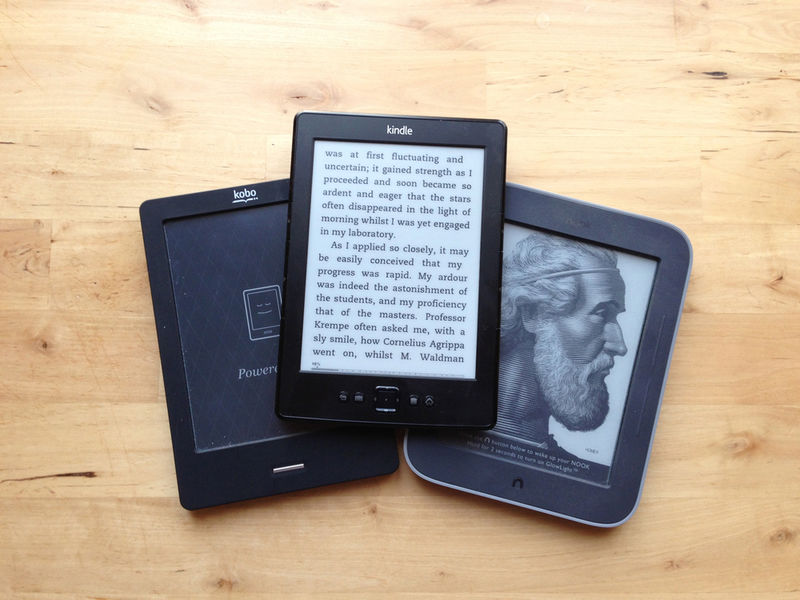 An Interview with Michael Tamblyn, CEO of Rakuten Kobo

Kalina Nedelcheva — June 25, 2019 — Business
References: michaeltamblyn & kobo
Share on Facebook Share on Twitter Share on LinkedIn Share on Pinterest
Digital revolutions inform new ways of communication. With the introduction of new, convenience-focused technologies, the readership landscape changes as well. With ten years of history, Rakuten Kobo is one of the original disruptors of this environment. Bringing cutting-edge tech to streamline the reading experience, the company has gone through a lot of obstacles and a lot of successes. Now, at the decade mark, Rakuten Kobo celebrates 30 million customers in 21 countries.

Trend Hunter spoke to the President and CEO of the brand, Michael Tamblyn, about the 10-year journey, its twist and turns, and how innovation informs reading behavior.

Can you give us a little background of how Kobo disrupted readership in the 21st century?

Kobo began as an experiment inside Indigo. When we started back in 2009 in Toronto, we had a handful of people who were trying to figure out what would happen if people start reading digitally and how would it impact traditional book retailers. We realized that there were two options: disrupt yourself or be disrupted by someone else.

We decided quite early that eReading wasn’t going to look the way the print book market looked. There wasn’t going to be a “national French eBook retailer," “a national Dutch eBook retailer” and so on the way there was for traditional bookselling. Building a great eReading service is hugely capital-intensive and most national book markets aren’t big enough to sustain the level of investment that is required to compete with Amazon, Apple or Google. So, whether it was good luck or good judgment, we built systems on the assumption that we would operate internationally in multiple currencies and multiple languages. We hired people who were experts in other markets. Even when we were tiny, we were tiny and global.

A decade is a long time. What are the major obstacles you had to face and how has your team handled them?

I was recently looking over the board presentations we used when we were first looking at starting Kobo — before it was even named Kobo, and I’d say we got a lot of things wrong, but we got the big ideas right.

Like any startup, when we got things wrong, we survived by learning fast and acting quickly. We let go of the tactics and technology we knew wouldn’t work and instead honed in on the insights we were continuously gathering from loyal customers focusing on improvements that make reading lives better.

How does the innovation process flow in your organization? Any special rituals?

It depends on the day. We are a technology company, a hardware company, a content company, a culture company. New insights and how they manifest in products and experiences happen at different speeds for different parts of the business. Software moves fast. Hardware a little slower. Publishers do not have a reputation for always moving quickly, so sometimes we are pushing or pulling or at least cajoling.


Everybody says that innovation is central to what they do. What’s different about Kobo is that usually, we can’t do it alone. We have to bring others along with us. This includes publishers, authors, retailers, readers. Innovating by yourself is relatively easy. The only person you have to convince is yourself. Innovating with others is much harder because we have to make other people believe as much as we do and put parts of their own businesses at risk, not just ours. It becomes its own skill—creating excitement and enthusiasm in the people who we depend on to get things done, even if they don’t work for us.

You shared that Kobo was initially wrong about consumer behavior. Can you elaborate a little bit more about that and how it has affected the business?

As I said, we were initially wrong about who we thought our primary customer would be and how they would read. We thought that digital reading, like most tech revolutions, would be led by the young, the early adopters. In actuality, it’s perhaps the first technology shift that is being forged by those 45 and over.

From the beginning, we were invested hugely in learning about our customers. Digital allows us to understand not only purchase behavior but reading behavior. Collecting insights that have allowed us to really understand how users interact with our products and services—what they read, why they read, and how they read.

Any potential of weaving new technology — mixed reality or AI, for example, into the fabric of your practice? If so, in what ways?

Books, in text and in audio, are a pretty compelling experience and we don’t see that changing. The last thing we want to do is take an experience that is all about immersion and make it more distracting. At the same time, we use machine learning combined with curatorial expertise to create the best recommendations possible, so your next read is as great as what you’re loving reading right now. We are experimenting with new storytelling models in audiobooks in our Originals program. We also create tools that radically expand the ability of independent authors to find new audiences. And the one thing we can be sure of is that the perfect reading and perfect discovery experience for new books has yet to be invented.

What do you think your industry will look like in 5-10 years?

In bookselling, we’re no longer competing with just other booksellers or publishers. We’re competing with the likes of Netflix, HBO, Instagram, and Snapchat. What we’re fighting for is attention.

With that in mind, we want to make sure that we are continually getting better at earning attention and keeping attention. In that moment when someone thinks about reading, can we be there for them? Once they start, are we doing everything we can to fan that flame and keep the love of reading burning. That pushes us into audio, where we can bring reading into more parts of someone’s day. It pushes us into subscriptions, so that having to buy a book at a time isn’t the thing that holds someone back from continuing to read. It keeps us growing self-publishing, which is now a huge sector in the book industry. In fact, one in four of the eBooks we sell at Kobo.com is through our self-publishing platform, Kobo Writing Life. I think we will see fewer bigger publishers and more independent authors, more innovative retailers, a broader and more flexible definition of a “book”, all fighting for that most inelastic of currencies: time.

Rakuten Kobo is ten years old this year. That's an eternity in startup years and merely the end of the beginning in what we believe is a 25-year transformation of the industry. To give you some perspective -- at 10, Starbucks had just discovered espresso; Microsoft was just launching Excel and no one was sure if they could catch up to Lotus 1-2-3 because they were two years late; Netflix had delivered its billionth physical DVD and just announced that it was going to start streaming video. All these companies had their big successes ahead of them and their biggest disruptions still to come. Do we really believe that we will be pressing ink onto dead trees for most of our reading ten years from now? As I see it, we’re just getting started.