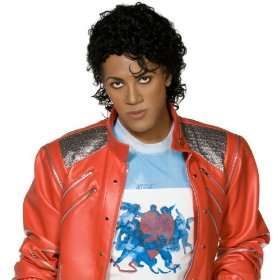 In a recent conversation with Laurie Sluchinski, proprietor of Vancouver, BC’s Carol’s Costume Corner, she mentioned that the wholesalers have been pushing early orders of these Michael Jackson costumes in anticipation of the high demand.

Other popular costumes this year were of course also influenced by the media, including Bumble Bee from 'Transformers,' John Connor from 'Terminator,' Hannah Montana, and Alan from 'The Hangover.' Check out more images of Michael Jackson costumes above.
5.3
Score
Popularity
Activity
Freshness
Get the 2023 Trend Report FREE