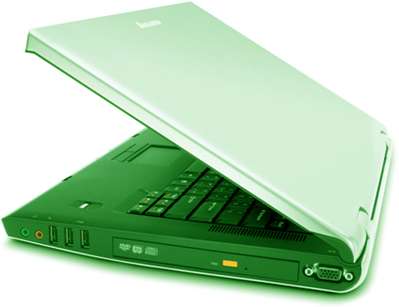 The Lenovo T40 ThinkPad is used as PolyFuel's prototype which uses the renewable fuel resource.

"The fuel cell can be made from biodegradable or recyclable material and when it has reached its end of life does not have to end up in a land fill or a costly hazardous waste processing facility," according to greenupgrader.

Running at full capacity, the fuel cell, which is about the size of a deck of cards, will have 10 times the power of a similar Lithium Ion battery, and three times the battery life, or approximately 10 hours. Extra refillable cartridges can be carried and switched on the go.

Below are some similar concepts.